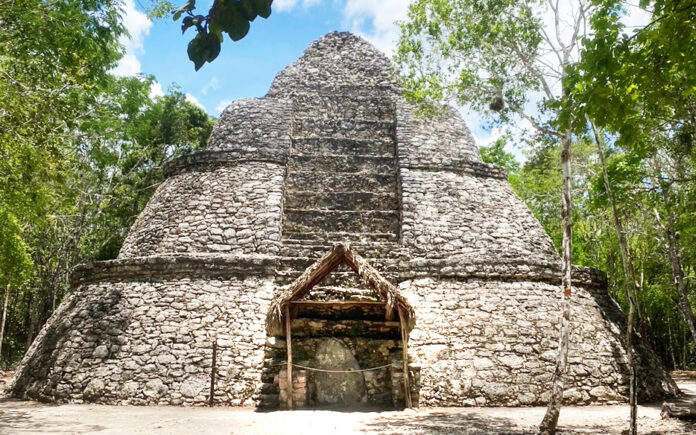 Entering the Mayan ruins of Cobá is to enter a jungle world that still hides unexcavated ruins and secrets of a people that dominated the Yucatan Peninsula from 250 A.D. to 900 A.D. We had the privilege of taking a tour by AllTourNative that included visits to Tulum, Coba, a Mayan village, and a cenote (underwater cave). 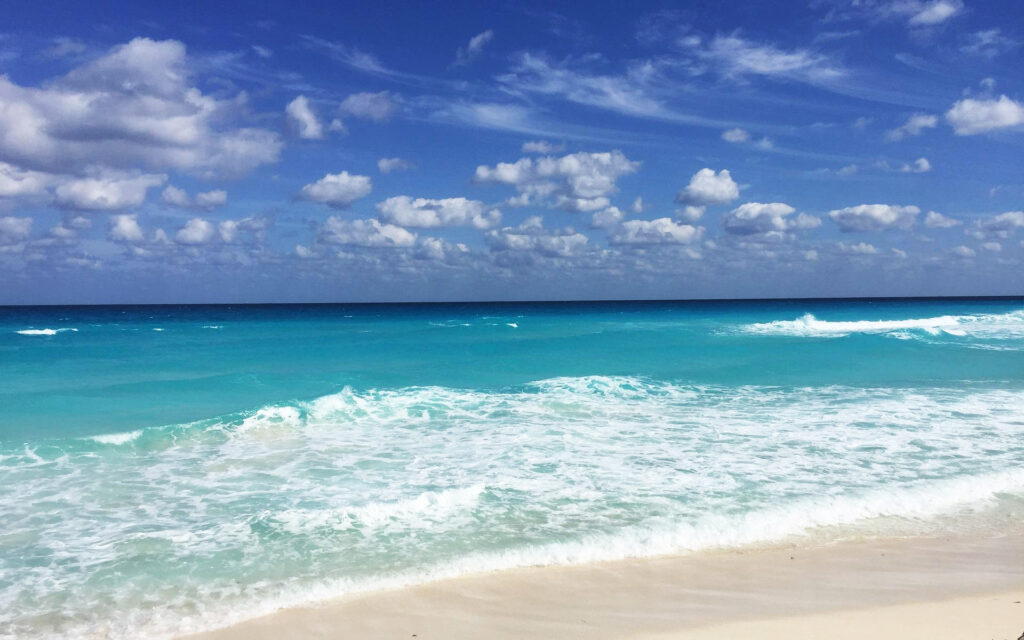 Walking the ancient Mayan paths that are surrounded by trees and vines, visitors can almost believe they have gone back in time at this beautiful setting. The only thing that upset the feeling was an occasional bicycle passing us as visitors chose to pedal or take Mayan-powered tricycles to the various stops.

The Cobá complex houses multiple pyramids and two ball courts. Visitors can no longer climb to the top of many of the pyramids or on the ball court stands, but the size and magnificence is apparent looking up toward the top of the massive structures. The highest pyramid at Cobá, Ixmoja, is an impressive 138 feet tall. The Diving God, who is also pictured at Tulum, is present in many of the temples.

Stela (stone columns that share inscriptions or pictures) have been found throughout the site and have provided a great deal of information about the Mayan people who lived there. Women in authority are pictured in many of the hieroglyphics which has provided new insight into the Mayan civilization. Throughout the complex, visitors can see other ruins and mounds that still may hide large remnants of Mayan work. Archaeologists believe that over 6,500 buildings existed at the site, one of the largest Mayan cities. 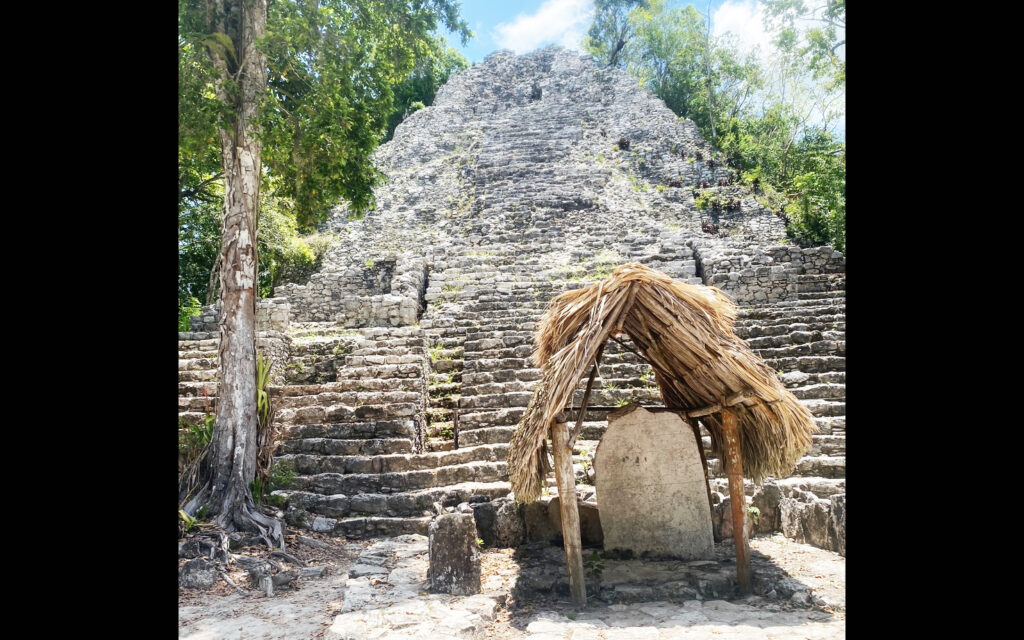 Other interesting architectural remains are the Sacbes, white limestone roads developed by the Mayans that led to other villages. These roads were believed to be used for trading and
maintaining political connections with neighboring communities as well as for connecting
clusters of buildings at Cobá itself. The longest Sacbe (Sacbe 1) runs 62 miles between Cobá and Yaxuna. Over 50 Sacbes have been discovered at Cobá.

Our guide took us off the path to a seldom visited pond, a mystical world of overhanging trees and greenery surrounding a peaceful pool. The site was originally a quarry from which the Mayans obtained stones for their immense civilization. (Visitors should make certain to use bug spray while visiting Cobá and other ruins since mosquitos and various little creatures are permanent residents in the Yucatan jungle. Sunscreen and water should also be part of a day’s visit to any of the Mayan ruins.)

Cobá is a paradise that escapes the attention of most tourists who prefer to visit Chichen Itza and Tulum. However, the visit to this jungle gem is worth the investment of time.