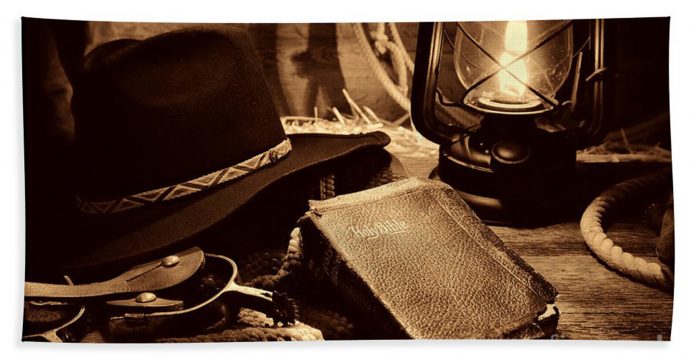 The cowboy read the Bible some

He believed it to be true.

It don’t take a lot of schoolin’

To know it is more than you

That gits you through the droughts and floods

And across the prairies wide.

To know why Jesus died.

The cowboy raised his hands in praise

And thanked the Lord above

For all His grace and gifts and for that

As the sun set he had one more daily chore.

As he turned to go he heard Jesus knockin’ on the door!

(David Glenn Smith was born in 1952 in Dallas, Texas, to Jan and Glenn Smith. His wife, Patricia French Smith and he have two children: Jessica Smith Ray and husband Gary; and Daniel Smith and wife Leah. His three grandchildren are Isabella, Titiana and Fabin. David has lived in both Dallas and Ellis counties.

Annual trips to the “Cowboy Poet Gathering” at Sul Ross University in Alpine, Texas, inspired David to begin writing and reciting his own original cowboy poems.)