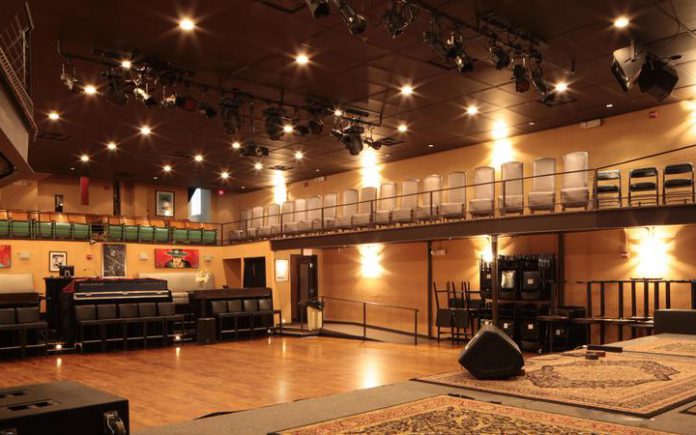 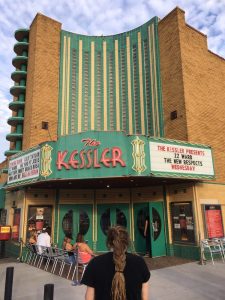 A night at The Kessler theater in Bishop Arts, well technically it’s down the street on Davis Avenue, can be quite rewarding if you like small intimate concert venues. The balcony has seating for approximately 50 people and the main floor can host 400-500 depending on the back drop and how many seats they place in the back of the venue. Acoustics in the theater are very good with speakers placed above the performers and raining sound down from the rafters.

The stage is tight and I have only witnessed 6 people max on the platform. Some legends have been told about 16-17 band members on stage… that I would like to witness first hand!

The reason I enjoy this venue so much is the audience. Each time I have attended a concert the folks have been attentive, respectful of the performers, and yet engaged with the acts. Since several of the performers are playing acoustic sets, this is extremely rewarding and lends to the musician’s interacting with the audience and providing in depth discussion about the origin of the song, it’s lyrics, and even sometimes insight as to what the artist was going through when writing or recording the song. Songs take on a whole new depth when artists go into this level of explanation.

Sunday February 9, 2020, I was introduced to a British female artist Yola at the Kessler. Her vocals reminded me of Anita Baker, Aretha Franklin, Diana Ross, and a vocal range similar to Adele. She was phenomenal. Her cover of Elton John’s “Goodbye Yellow Brick Road” is worth a YouTube watch. If you’d like to get a feel for her vocal range, the love story gone awry “It Ain’t easier” should inspire your ears to ask for more.

The highlight of the night for me was her explanation for the song “Walk Through Fire”. Yola explained how one Christmas morning in her UK flat she was starting a family meal when suddenly her clothes caught on fire. The experience was not only harrowing but the fright lead her to the realization of how quickly the “world can go to shit”. She told the story and by the time the song was complete, everyone in the audience had a new appreciation for the depth of despair the act left on her life. This type of insight can’t be gleaned from simply hitting the play button on your local music source. The artist has to provide the story behind the story to complete the emotional tie. Yola did it very well with each song on Sunday night.

Her line about playing a “nasty” song, “Love all night (work all day)” brought the house down as she described the setting and the illusion all in one for the title of the song. “Rock me gently” was an ode to her mother and family.

When artists take the time to delve into the songwriting experience and allow their audiences to have clarity of interpretation, I contend we come back for more. We want to be part of the musician’s life, understand the hardships of living on the road, and being in multiple cities on multiple nights (Yola had played Houston the night before and San Antonio on Friday).

I think this is the basic reason I have come to enjoy live performances. I only wish recordings would come with liner notes again and that musicians would add 30 second song explanations before their tracks. I guarantee audiences would “feel and appreciate” the insight.