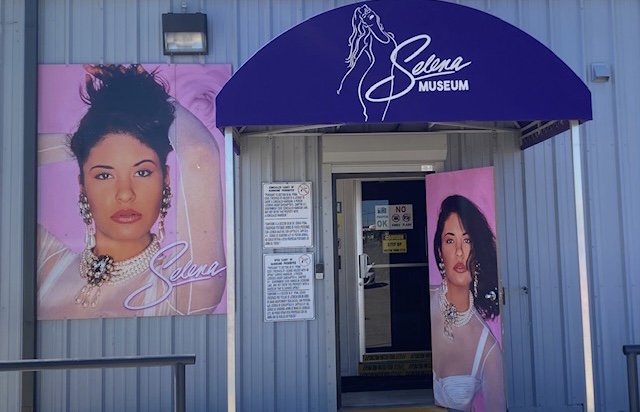 On March 31, 1995, the murder of a talented young musician rocked Texas and the music scene. The violent ending to the all-too short creative career captured the hearts of all who loved Selena, a 23-year-old Tejano music star from Corpus Christi, Texas.

My husband and I visited the Selena Museum in Corpus Christi to discover more about this multi-talented woman. Abraham Quintanilla, Selena’s father, opened the museum in 1998 behind the recording studio he had built for her. Our guide for the music studio shared stories about Selena and explained differences between the movie, Selena, and real life. (We did not have the heart to tell her we had not seen the movie starring Jennifer Lopez, but we will definitely be watching it soon!) 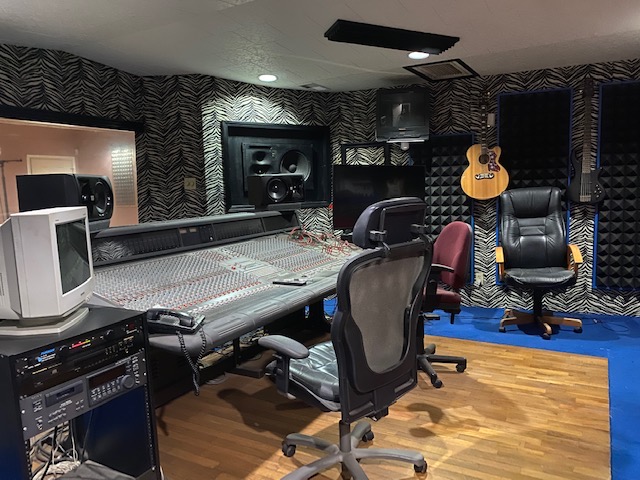 Selena’s father, Abraham Quintanilla, who was an excellent musician in his own right, passed his talent on to his son and oldest daughter. The son, A.B., became a musician, songwriter, and record producer. The family was very close, with A.B., the parents, and Selena and her husband, Chris Perez, having adjacent homes near the recording studio. 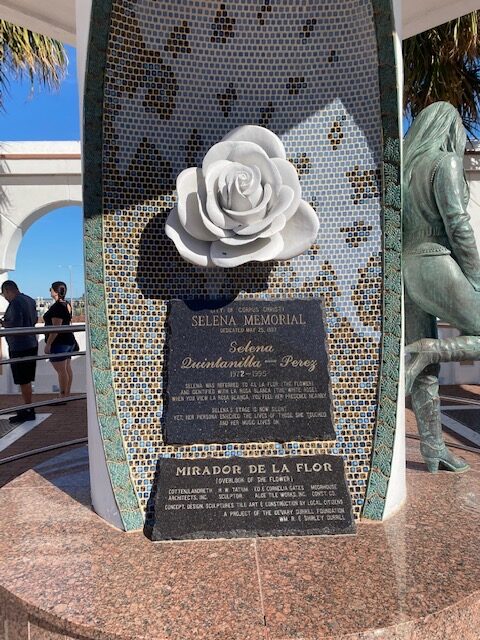 Abraham Quintanilla started the recording studio in 1992 to keep Selena close to home instead of traveling by herself to Los Angeles to make records. The studio opened in 1993 but the acoustics were not good, so the facility was not completed until December 1994, only four short months before Selena was killed. (An interesting note: The band, Los Dinos, never recorded in this studio. They, instead, continued to record in LA.) During the studio renovation, Selena used the area upstairs as a design and sewing center for her two boutiques, one in Corpus and the other in San Antonio.

On March 31, 1995, Selena as shot and killed by Yolanda Saldivar, the founder of Selena’s fan club and the manager of her San Antonio boutique. Allegedly, Selena was meeting with Saldivar concerning possible embezzlement when Saldivar shot her. The Queen of Tejano was dead at 23, just weeks short of her 24th birthday.

Abraham Quintanilla opened the Selena Museum in response to requests by her adoring fans. He also added a recording studio upstairs that is still used. (Our guide explained that the thumps we might hear while we visited the museum were noises from the studio upstairs.)

The museum tells the intriguing story of Selena’s life. Visitors hear her voice as some of her award-winning music accompanies their trip through the museum. Selena won numerous awards that are on display in the museum. She was the first female to win a Grammy for Best Mexican American Album. She also won the Best Female Vocalist of the Year and Performer of the Year at the 1987 Tejano Music Awards. 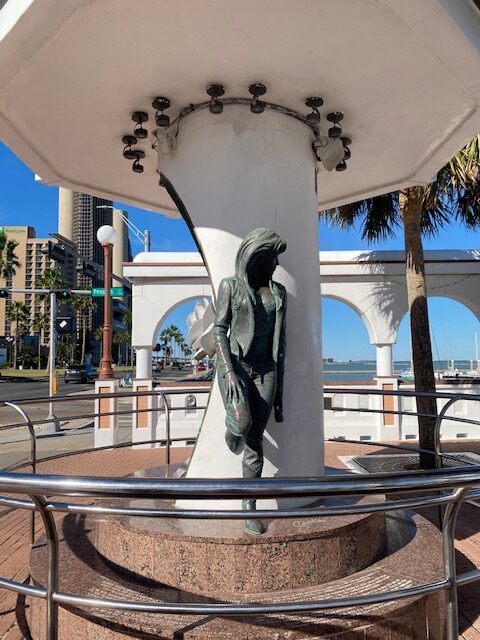 Some of Selena’s beautiful clothing designs, which she wore during performances, are displayed along the center of the museum. The Selena Museum is a place where her life and legacy live on–both as a memorial and as an inspiration to others.

For those who want to learn more, the Selena Memorial is located at 600 N. Shoreline Boulevard and her grave is at Seaside Memorial Park. A sign in the museum also gives the address of the Hi-Ho Restaurant, site of Selena’s favorite Mexican food.