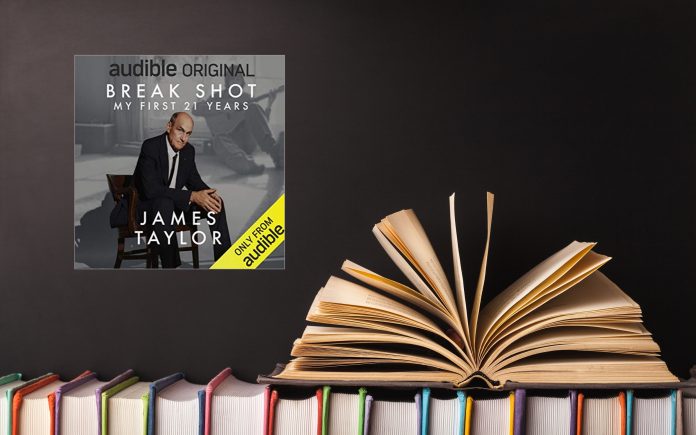 In this Audible Original written and performed by James Taylor, he reminisces about the forces in his childhood that became fodder for his songs. The title reflects how his family dispersed in all directions when it fell apart, the way the balls scatter when smashed against each other at the opening of a pool game.

Taylor begins his autobiography describing his idyllic childhood: travel, summers on Martha’s Vineyard, theater or museum trips to NYC, and even a trip to the Soviet Union as a teenager. However, the family also suffered trauma: drug and alcohol addiction, 3 out of 5 kids (including James) in psychiatric hospitals, the oldest child’s suicide, and eventually the break-up of his family.

Taylor intertwines his story with songs from his budding music career. He recorded his first record, “River Roll”, at age 14. He wrote “Fire and Rain” after his friend, Suzanne Schnerr, committed suicide. “Sweet Baby James” came to him as he traveled to meet his new nephew, his namesake.

To me the theme of his production is the search to find connection and acceptance, a journey most of us make. He spent his first 21 years working through wounds from his family and from life in general. Just as writing music soothed his hidden wounds, listening to his heartfelt songs can alleviate ours. If you are a James Taylor fan, this autobiography with Taylor’s music interspersed is a must listen for you!