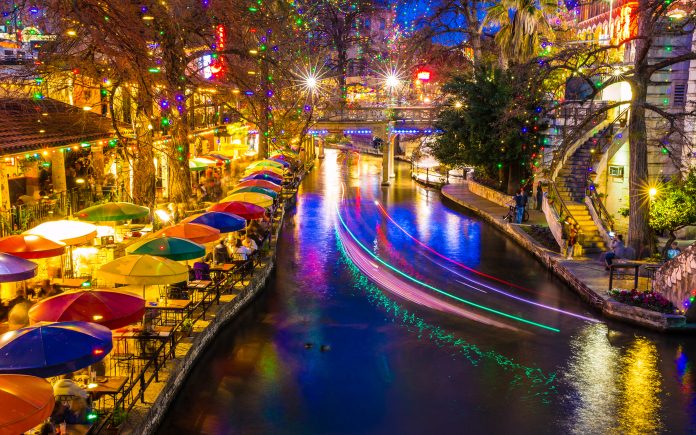 Thousands of sparkling lights reflecting in the lazily flowing river as the sound of laughter floats through the air. These are just two of the details that draw me back to the San Antonio Riverwalk at least once a year. 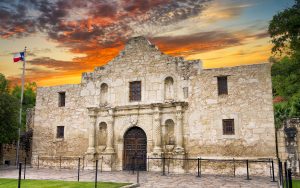 The Riverwalk may be touristy, but we still enjoy being able to park our car and walk wherever we want to go. One stop that we always make is at The Alamo. This mission was built by Father Antonio de San Buenaventura y Olivares who laid the cornerstone of San Antonio de Valero (The Alamo) in 1744 as the first of five missions in the San Antonio area.  By the end of the 1700s, the mission had been secularized and converted into a military garrison. However, The Alamo lives on as a symbol of Texas history when a group of approximately 200 men, led by William Travis, took their final stand in their war of independence from Mexican rule. These men, who were mostly Anglo but also some Tejanos, believed in the greater cause of freedom.

I hear surprised voices when first-timers realize that this historic monument is in downtown San Antonio surrounded by skyscrapers and souvenir shops. Upon entering the chapel, I hear hushed voices. I hear discussion about the deaths that occurred in this location, the deaths that became a call to arms for fellow Texans, “Remember Goliad. Remember the Alamo.” If you are interested in The Alamo, I encourage you to visit thealamo.org which has wonderful information and pictures.

But the San Antonio Riverwalk is not limited to The Alamo. You can catch a boat and take a guided tour of the expanded water pathway as it winds its way around downtown. La Villita Historic Arts Village is a fun place to shop for unusual items and wander through a town that reflects the old days of San Antonio. If you are fortunate, you can catch a presentation at the outdoor Arneson River Theatre with the river flowing between the audience and the stage. 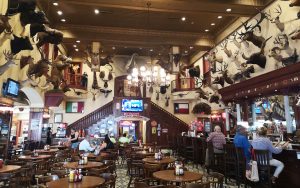 The Buckhorn Saloon and Museum and Ripley’s Believe It or Not are steps away from the river. The Buckhorn Saloon has been in the same location since the 1800s and has seen such notable figures as President Teddy Roosevelt at its bar. Antlers and mounted deer heads highlight the importance that hunting has played in the area. The Tower of Americas stands proudly 750 feet above the city. Built in 1968 for the Hemisfair World’s Fair, the tower offers heart-stopping views and fine dining. (If you are in San Antonio for a game at the Alamodome or a conference at the Henry B. Gonzalez Convention Center, make sure you take time to walk along the river.) 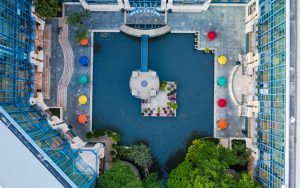 Located adjacent to the San Antonio Marriott Rivercenter, the Rivercenter Mall has activities, shopping, and food options for the entire family. The food court is a great respite for families or groups when everyone wants something different to eat. You can take your food outside and listen to one of the many musical groups that plays as you watch the people-filled barges float by. If you would rather have an indoor activity, the IMAX and AMC Theaters provide options.

Another option for visitors is the Pearl Brewery which is a relatively new addition to the Riverwalk. The historic brewery and its grounds have been transformed into a haven for shoppers and diners. While the Pearl is on the Riverwalk, it is a long walk so you may want to consider using an alternative mode of travel. 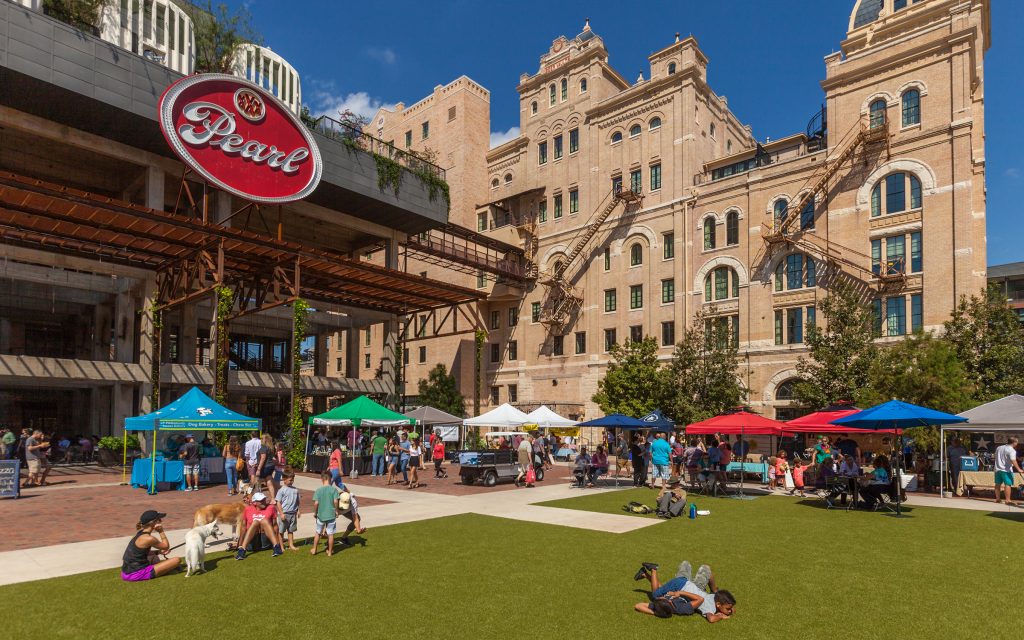 Yes, the San Antonio Riverwalk may be touristy, but it is a great location for a long weekend with enough things to see and do that you will never be bored. Make sure you leave plenty of time to simply take a stroll along the river and enjoy all it has to offer.