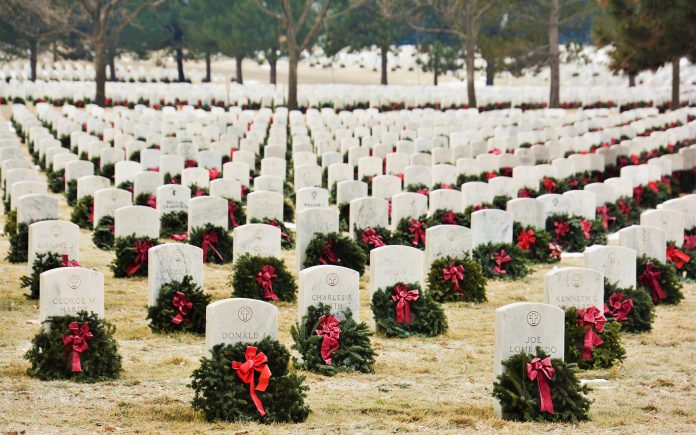 Wreaths Across America is an organization whose mission is to REMEMBER our fallen veterans, HONOR those who serve and TEACH our children the value of freedom.

It all began when Morrill Worcester won a trip to Washington D.C. when he was twelve years old. Arlington National Cemetery made an especially indelible impression on him. This experience followed him throughout his life and successful career, always reminding him that his good fortune was due, in large part, to the values of our nation and the veterans who made the ultimate sacrifice for their country.

Mr. Worcester owns a business called Worcester Wreath Company located in Maine, and in 1992, they had a big surplus of wreaths nearing the end of the holiday season. He realized this would be the perfect opportunity to honor our country’s veterans. He was able to arrange for the wreaths to be placed at Arlington National Cemetery in one of the older sections that had been receiving fewer visitors over the years. He continued to do this every December with the goal of one day, having a wreath on every gravestone in the cemetery.

In 2005, a photo of the stones at Arlington adorned with wreaths and covered in snow went viral, and the project received national attention. Requests poured in from all over the county from people wanting to emulate the Arlington project at their National and State cemeteries.

Worcester began sending seven wreaths to every state, one for each branch of the military and for POW/MIAs. In 2006, with the help of the Civil Air Patrol and other civic organizations, simultaneous wreath-laying ceremonies were held at over 150 locations around the country. The Patriot Guard Riders volunteered to escort the wreaths from Mr. Morrill’s business in Maine to Arlington. This began the annual “Veterans Honor Parade” that travels the east coast in early December. 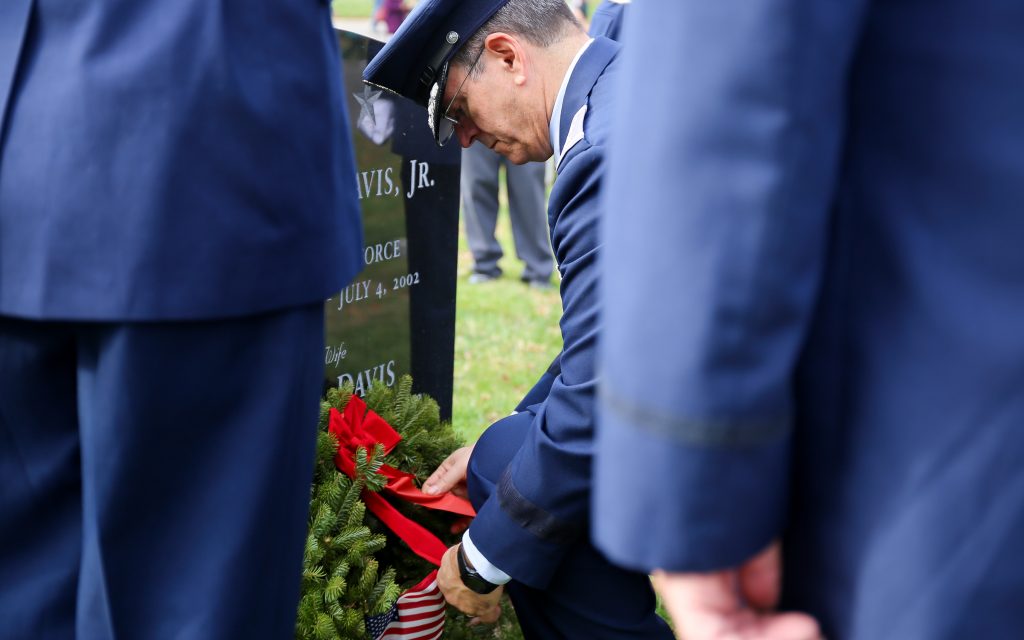 In 2007, the non-profit “Wreaths Across America” organization was formed to continue and expand this effort, and support other groups around the country who wanted to do the same.

In 2014, Wreaths Across America and its national network of volunteers laid over 700,000 memorial wreaths at 1,000 locations in the United States and beyond. The organization’s goal of covering Arlington National Cemetery was met in 2014 with the placement of 226,525 wreaths.

This year, the Rebecca Boyce Chapter of the National Daughters of the American Revolution is sponsoring a wreath-laying ceremony at the Ellis County Veterans Memorial. Seven Veteran Remembrance Wreaths representing each of the six branches of the U.S. military, as well as the POW/MIAs, will be placed in front of the memorial.

The public is invited and encouraged to attend this beautiful ceremony of remembrance and gratitude for all of our veterans on Saturday, December 18th at 11:00AM in front of the Ellis County Veterans’ Memorial located on the northeast grounds of the Waxahachie Civic Center, 2000 Civic Center Lane, Waxahachie, Texas.