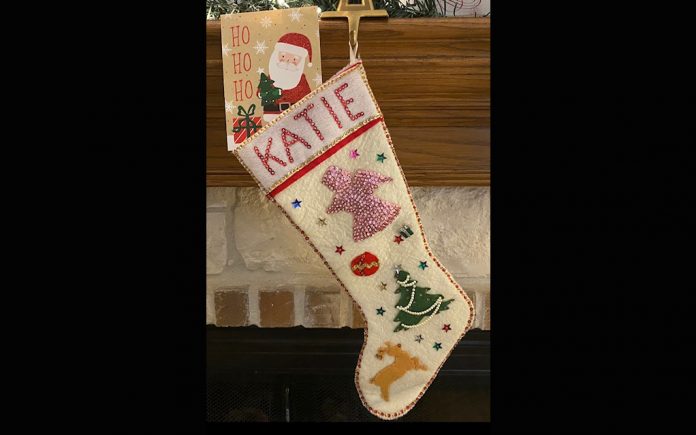 Looking back this Christmas season…I recall…like it was yesterday…when my oldest child was at the age of the “Santa decision”.

Does he exist…or is he another childhood fantasy that will soon evaporate into the abyss of adulthood? It had come time to answer the question.

With the younger kids nowhere near…my eldest daughter and I sat down at the kitchen table to address the issue.

I had intended to make us both a cup of hot chocolate for the occasion. However, it turned out we were out of cocoa.

In a “Father of the year” moment, I made the decision to make a pot of coffee and doctor it up a bit to try and make it more appealing.

I added a drop of milk, a spoonful of honey, three marshmallows and roughly a 1/2 pound of sugar.

The resulting “hot chocolate” could have powered an aircraft carrier across the Atlantic…yet my little girl loved it. (In other news, she did not sleep through the night again until her junior year of high school).

With one very alert listener on my hands…I began my explanation.

“Katie, earlier today you asked me about Santa? You had come home from school upset because some of your friends were making fun of you for still believing in him. You said to me, ‘Daddy, is Santa Claus real?’”

(Where had my little girl gone? My Katie would never ask such an absurd question. After all, she is the same kid that still thinks money comes from behind her ears. But, she did ask the question, and she is at the age now when she deserves a straight answer. So here it is…)

“Katie, do you recall two years ago when you received your bike, OLD RUSTY, on Christmas morning? Remember how the handle bars were attached with duct tape and the pedals were both located on the same side? Would Elves have designed a bike like that?” (Or…provide instructions that only came in their native tongue?)

“And then there was the Christmas Eve when daddy had to go to the hospital and have two galvanized nails removed from his foot?”

“Even though we spent most of the night convincing the helpful nurse that daddy had medical insurance; we still had a great Christmas because the next morning you awoke to find a big wooden swing set in the backyard.”

“Remember how the swings swung in 5 different directions…none of which were ‘back and forth’!”

“Surely, a ‘real’ Santa would have done a better job than that.”

“I mean, who would have spent all night…freezing to death in the garage …hopping around on one foot…only to find out at four in the morning, that the massive structure he had built would not fit through the backyard gate.”

“Plus, how does Father Christmas get into all those houses without chimneys…and hasn’t he heard of Home Security Systems?”

“As you can see, there are many ways to debate the existence of Santa Claus. I’m sure your friends used examples similar to mine.” (Well…maybe not exactly similar).

“However…and listen closely Katie…as long as we never forget the genuine reason for the season…your Dad thinks there is still room for good old Santa.”

“You were born into a world of unlimited possibilities. Why should you waste your time making that world smaller?  Why would you want to live in a world without elves, flying reindeer and magic sleighs? I…for one…do not.”

“You do not even need an airplane to travel to that wondrous town at the North Pole…just close your eyes…and you are there.”

“Look, there is Kris Kringle munching on sugar cookies and checking his list…TWICE!”

“Is that Rudolph’s red nose beaming through the frosty window? I think it is!”

“Don’t you feel sorry for your friends that cannot see all of this wonder?!”

“So…in answer to your question…

YES KATIE, THERE IS A SANTA CLAUS!”

“He lives through all of us that still have the ability to see beyond the ordinary.”

The smile she gave me showed that she was pleased with the answer.

She drank the last drop of her “rocket fuel” and gave me a big hug.

Then she was gone…but not before taking three laps around the table, tackling the dog and “high-fiving” the Angel on top of the Christmas tree!

Unlike my “fully-charged” child, I was tired after our little talk.

Alone now, I retired to the recliner in our quiet den. Sitting back, through half opened eyes…I gazed at our fully decorated tree.

I can still see that far.

– Greg Hall and his wife Stephanie reside in Midlothian. He is a graduate of the University of Texas at Arlington Business School and serves as COO at Spring Creek Restaurants. With his writing, Greg…a former award-winning, small town columnist…strives to use a positive perspective, humor and personal observations to connect with readers from every walk of life.