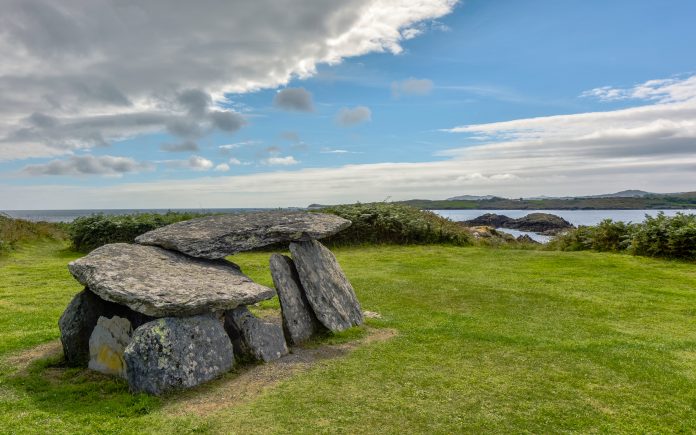 As the patriarch of the Nation of Israel, Abraham is certainly one of the most significant characters in the story of God’s people. One of the very first incidents that Scripture records from Abraham’s life is found in Genesis 12:1-5. When Abraham was 75 years old, God told him to leave his home and his kinfolk and go somewhere that God would reveal to him. Abraham didn’t say, “Can’t you get someone else? I’m kind of busy. And anyway, I’m 75 years old. I’ve already put in my time serving you. It’s time for some of the younger generation to get involved.”

He didn’t say, “Can’t I just stay here and serve you? I mean, what a waste of time and energy to travel all the way to some other country, when I can serve you just fine right here.” He didn’t even say, “Can’t you at least tell me where I’m going?”

God said, “Go.” And Abraham went. That’s why Hebrews 11:8 records Abraham as one of the great Heroes of Faith. “By faith Abraham obeyed when he was called to go out to the place which he would receive as an inheritance. And he went out, not knowing where he was going.” Abraham truly was a man of great faith.

And yet, the very next incident recorded in Genesis 12:10-13 paints Abraham in a very different light. “Now there was a famine in the land, and Abram went down to Egypt to dwell there, for the famine was severe in the land. And it came to pass, when he was close to entering Egypt, that he said to Sarai his wife, ‘Indeed I know that you are a woman of beautiful countenance. Therefore it will happen, when the Egyptians see you, that they will say, “This is his wife”; and they will kill me, but they will let you live. Please say you are my sister, that it may be well with me for your sake, and that I may live because of you.’”

So, the same man who trusted God completely and left everything he had to go someplace that God would show him, didn’t even have enough faith to tell the truth about Sarah being his wife. He lied for fear that his life would be in jeopardy if he told the truth. But you see, God wasn’t looking for someone who was perfect and sinless to be the patriarch of His chosen people. And God isn’t looking for perfect people to serve Him today. Abraham was human and imperfect, just like you and me. He made mistakes and committed sins. Yet the underlying, consistent quality of his life, which defined his character over the long-term, was faith. Abraham was a man of character and integrity. He was a man of great faith

Because of Abraham’s great faith, he was the one with whom God chose to establish His covenant, as recorded in Genesis 15:1-6. “After these things the word of the Lord came to Abram in a vision, saying, ‘Do not be afraid, Abram. I am your shield, your exceedingly great reward.’ But Abram said, ‘Lord God, what will You give me, seeing I go childless, and the heir of my house is Eliezer of Damascus?’ Then Abram said, ‘Look, You have given me no offspring; indeed one born in my house is my heir!’ And behold, the word of the Lord came to him, saying, ‘This one shall not be your heir, but one who will come from your own body shall be your heir.’ Then He brought him outside and said, ‘Look now toward heaven, and count the stars if you are able to number them.’ And He said to him, ‘So shall your descendants be.’ And he believed in the Lord, and He accounted it to him for righteousness.”

God’s promise to Abraham was incredible! Although Abraham was old and had no children of his own, and although Sarah had been barren her entire life and was now beyond her child-bearing years, God promised Abraham that his descendants would be too numerous to count. And Abraham believed God, is spite of the facts. Abraham was a man of great faith.

However, in the very next chapter, Genesis 16, we find evidence that Abraham figured God needed help in carrying out the promise. He apparently didn’t have enough faith in God’s ability, or in God’s willingness (or something) to keep His promise. So, Abraham and Sarah intervened and tried to “help” God keep His promise. “Now Sarai, Abram’s wife, had borne him no children. And she had an Egyptian maidservant whose name was Hagar. So Sarai said to Abram, ‘See now, the Lord has restrained me from bearing children. Please, go in to my maid; perhaps I shall obtain children by her.’ And Abram heeded the voice of Sarai.” (Genesis 16:1-2)

And yet, God did keep His promise! When Abraham was 100 years old, and when his wife Sarah was 90, God gave them a son of their own, the son of the promise, Isaac.

Who could have ever anticipated what God would do next? “Now it came to pass after these things that God tested Abraham, and said to him, ‘Abraham!’ And he said, ‘Here I am.’ Then He said, ‘Take now your son, your only son Isaac, whom you love, and go to the land of Moriah, and offer him there as a burnt offering on one of the mountains of which I shall tell you.’” (Genesis 22:1-2)

“Now, wait just a minute, God! You promised me that I would be the father of a great nation. You told me that Isaac would be the one through whom that promise would be fulfilled. You have blessed Sarah and me with such incredible joy by giving us this precious little boy of ours. And now you want me to do what?!”

But, did you notice? There is no record of any protest whatsoever on the part of Abraham. He saddles up his donkey for the journey, takes two of his servant men with him, gathers the wood necessary, and heads out for the place designated for the sacrifice.

In verse 3, the New International Version says, “When he had cut enough wood for the burnt offering, he set out for the place God had told him about.” God wasn’t going to make this easy on Abraham. Can you imagine trying to figure out how much wood you will need to burn your son as a sacrifice on the altar?

Now notice verse 4. It took them three days to travel to the place where God told Abraham to make the sacrifice. Can you imagine what it was like for Abraham during those three days, watching Isaac running and skipping along and playing with the sticks and rocks as they traveled, knowing what he was about to have to do?

Can you imagine the lump in Abraham’s throat when Isaac asked the question in verse 7, “Daddy, where is the lamb for the burnt offering?”

But Abraham made a statement in verse 5 which I think reveals a lot about his faith. He told his two servants, “Stay here with the donkey; the lad and I will go yonder and worship, and we will come back to you.”

However, Hebrews 11:17-19 confirms that there was a lot more to Abraham’s statement than this. “By faith Abraham, when he was tested, offered up Isaac, and he who had received the promises offered up his only begotten son, of whom it was said, ‘In Isaac your seed shall be called,’ concluding that God was able to raise him up, even from the dead, from which he also received him in a figurative sense.”

Abraham sized up the situation. “God promised me that my descendants will be as numerous as the stars in the sky. He told me that Isaac is the one through whom that promise will be fulfilled. Now He’s telling me to kill Isaac and burn his body on the altar as a sacrifice.” And the conclusion that Abraham came to was not that God was a promise-breaker, or that He was a big bully or an evil god. Abraham’s conclusion was, “Hmm. I guess God’s planning to bring Isaac back from the dead.”