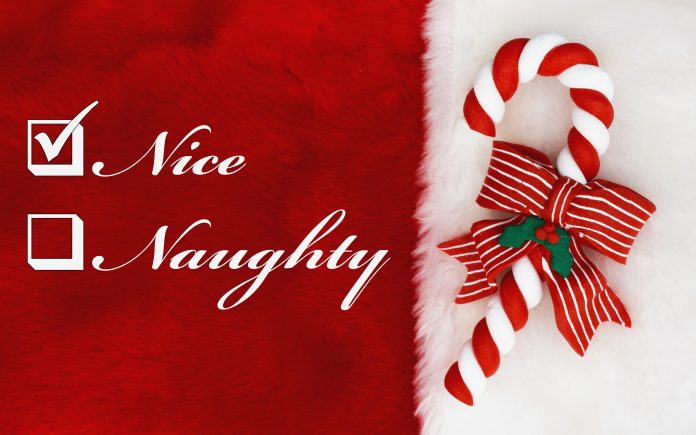 The holiday season is a time for family, joy and celebration. It could also be the time when parents focus on their children’s behavior with the implied threat of withholding presents to encourage kids to behave the way they want them to. Children are warned to be good or they will get coal in the stockings because Santa knows if they’ve been naughty or nice. How does Santa know these things? Well, he has an “elf on the shelf” to keep him informed, which can be very stressful to a young child who might think that Santa has a “spy” in the house!

The Parents website has a very interesting article called, “Is Your Elf on the Shelf Stressing Your Kids Out?” The author of the article, Dr. Rachel Busman says for most kids, the little elf is a fun tradition and taken in stride, but for other kids, the idea of someone watching their behavior and reporting back to the North Pole may be too much to handle.

Dr. Busman suggests that instead of telling your children that the elf is going to “tattle” on them, tell the kids that the elf is there to observe and report their good behavior. This will encourage the kind of behavior you want to see instead of drawing attention to behaviors you don’t want to see.

She says it’s also important to consider the message you’re giving kids about holiday presents. Are they given out of love, or as a reward for good behavior? The holiday season is stressful in so many different ways, and children may have meltdowns or other less than perfect behavior. “Give them some slack”.

Dr. Busman suggests starting a new tradition of not only having your kids make a list of things they want for Christmas, but also make a list of things they’ve done in the past twelve months that they are proud of. You could have your elf leave positive messages such as, “I really liked how you helped your mom fix dinner.” This will give your children a chance to recognize the times when they were well-behaved, treated others with respect, and contributed to the well-being of the family.

Such good advice! To read the full article, click here.